The evolution of kitchen design: ‘90s to now

This month marks the 22nd anniversary of the birth of Ramsbottom Kitchens as a purveyor of the greatest kitchens in the land. From 1996 to present day, we have strived to provide potential customers with the greatest kitchen design, materials and finished product anyone could wish for.

With an award-winning showroom in the North West, we continue to present people with a plethora of options with a view to getting their dream kitchen.

Making these dreams come true is a challenge we love that has evolved over time. Since the company was founded in the 1990s, the design of kitchens has changed in many ways, whilst remaining the same in others. We have seen innovations aplenty, whilst some trends die out and others come back in style after a spell in design wilderness.

So, let’s head back to when it all began, with a look at the timeline of kitchen designs over the past 20+ years. Some things like how to clean an oven haven’t changed but design has and will keep evolving through the years.

When Ramsbottom Kitchens launched in 1996, the 90s were already in full swing. Dance music and Britpop were dominating the charts, whilst a range of fashion decisions now considered to be dubious were made without reproach. But what of kitchens, the true heart of any home? As with any period, the styles, trends and design points were many. That being said, the 90s were full of clearly defined choices that lasted an entire decade and bled into the early 21st century. Let’s hop into the time machine and head back to an age of clean colour, simple design and a touch of flamboyance living on from the 80s.

After a decade of garish and decadent colour, the 90s showcased a conscious shift away from the 1980s style towards something more straightforward, simple and unobtrusive. This was no more evident than in the wide use of white as the dominant force in many kitchens across the country.

Kitchen tops, storage spaces and units were particularly noticeable for their white, cream and ivory finishes, often completed with an extremely unfussy selection of silver or grey handles. White has been a popular colour of choice for kitchens ever since, combining a simple elegance with a flexible nature that fits in alongside a variety of other flourishes.

Those flourishes can be seen in the touches of colour elsewhere in 90s kitchens. The 80s trends didn’t completely die out, as many complimented their white kitchen with brighter primary colours such as reds, blues and greens. These made particular use of kitchen accessories as well as the surrounding environment such as floral wallpaper or paint. This combination of simplicity and a hint of colour allowed people to create a kitchen that is clean without sacrificing character.

Whilst design for the best part of ten years beforehand had been a mixture of postmodern and eclectic, much of the design going into the 20th century’s final decade had become much simpler and less complex. Prioritising a minimalistic approach ahead of brazen design statements resulted in kitchens that were much easier on the eye. 90s kitchens became easier to navigate and more welcoming to guests, something that would go on to facilitate the 00s transformation of kitchens into social and living spaces.

Turn of the Century

The transition period between the 90s and 00s, as the World crossed over into the 21st century, saw some subtle but irrefutable progression in kitchen design.

The hints of brighter colours that had just about survived into the 90s became subtler and more widespread. This meant that bright yellows became a pale, light yellow, deep greens turned into a softer lime green and so on. Due to the gentler nature of these tones, this allowed the colour to cover more of the kitchen without becoming overbearing. Whilst this meant less all-white kitchens, that trend never really goes away completely.

The dawn of the new decade and century proper saw genuine wholesale changes in the design and layout of kitchens, many of which laid the groundwork for larger changes in the current decade.

One particular aspect of kitchens that underwent a significant development in the ‘noughties’ was the appliances within the space itself. Major brands set their sights on fridges, freezers, ovens and other such appliances with more of a chrome, steel or grey finish. This thoroughly contemporary look brought kitchen utility into the new age of home design.

The 00s was the decade in which we saw progression in kitchen design that gave us some of the contemporary trends we still see to this day. Straight lines and sharp angles became more rounded and smoother, whilst a wooden finish for storage space became more common. Marble worktops also featured much more, adding a touch of class to any kitchen that included one.

In this time, it also became more common for kitchens to use unusual colour schemes, with previously unused tones being experimented with as opposed to the choices of white or standard primary colours. Particular use was made of dark, warmer colours, which would continue into the present decade…

Now more than ever, the kitchen is seen as a multi-faceted space used not just for meal preparation, but for socialising, entertainment, general comfort and much more. This is reflected in the continued use of warmer colour schemes from the preceding decade, with many kitchens displaying a combination of browns and greys. This particular development offers a high-end look for many kitchens, giving consumers sleek and style options no matter what the budget. As with anything else, design can often be cyclical. As a result, many modern kitchens of today utilise several ‘traditional’ design aspects, adding their own contemporary twist.

Many of today’s kitchens offering the sharper, straighter edges are complimented with an ultra-modern finish such as high gloss white. On the flip side, kitchens opting for a rustic tone with their painted or unpainted finish tend to incorporate the rounder shape synonymous with modern kitchen design. As the possibilities with kitchen are endless, any combination of the above is possible – and more. The trends however, continue to map out an interesting story in the continued evolution of kitchen design. An evolutionary curve that Ramsbottom Kitchens remains well ahead of…

As mentioned previously, some design elements stand the test of time and transcend eras. Two longstanding favourites have staying power, remaining popular from decades past to this very day.

A shaker kitchen refers to the simple, traditional style of wooden doors and a minimalist design structure. The shaker style has been the kitchen of choice for many over decades and remains as much due to its inoffensive look and uncluttered feel.

Despite changes in preferred palettes and tones over time, white remains a kitchen mainstay. White in all its shades and variations gives any kitchen a clean and classy image, whilst it also compliments most other colour options. All of this speaks to the appealing flexibility of white as a colour of choice for kitchens through the ages.

We are less than two years away from a new decade, with the 2020s on the horizon. As we look ahead to the next 10 years of kitchen design, a few things are becoming clear: many aspects will remain the same, others will evolve, and some will change completely. It’s this delicate balance that will be moulded, sold and pushed further forwards into the future by Ramsbottom Kitchens, who remain committed to offering consumers the very best in the world of kitchens and kitchen design.

At Ramsbottom Kitchens, we have a full range of high quality kitchens available across our wide-ranging selection. Contact us now or visit our showroom for inspiration and advice. 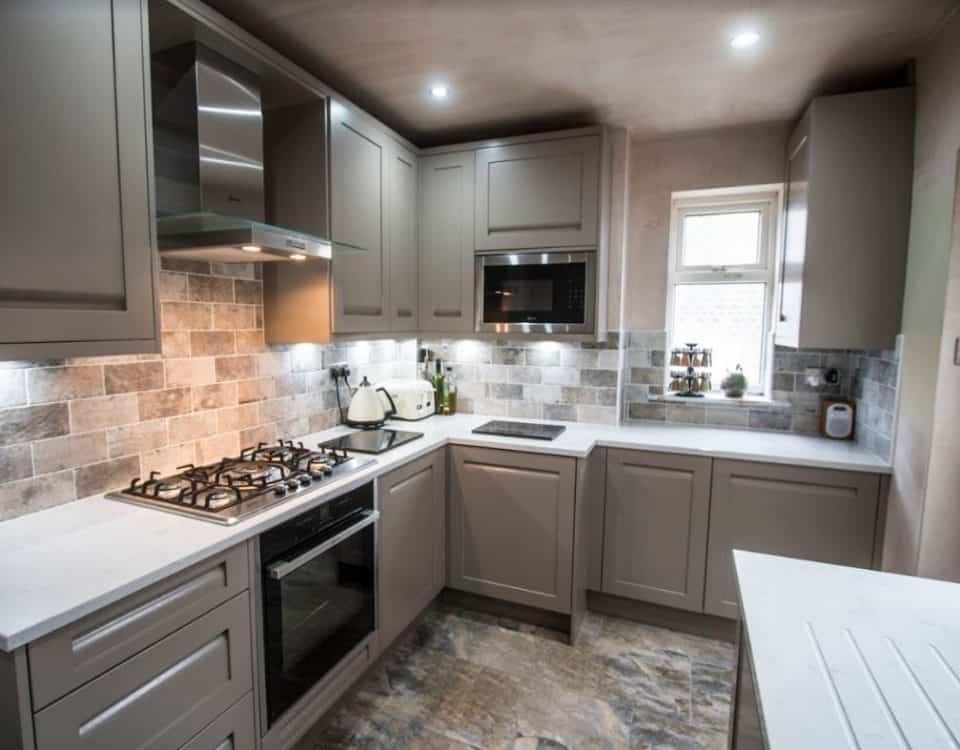 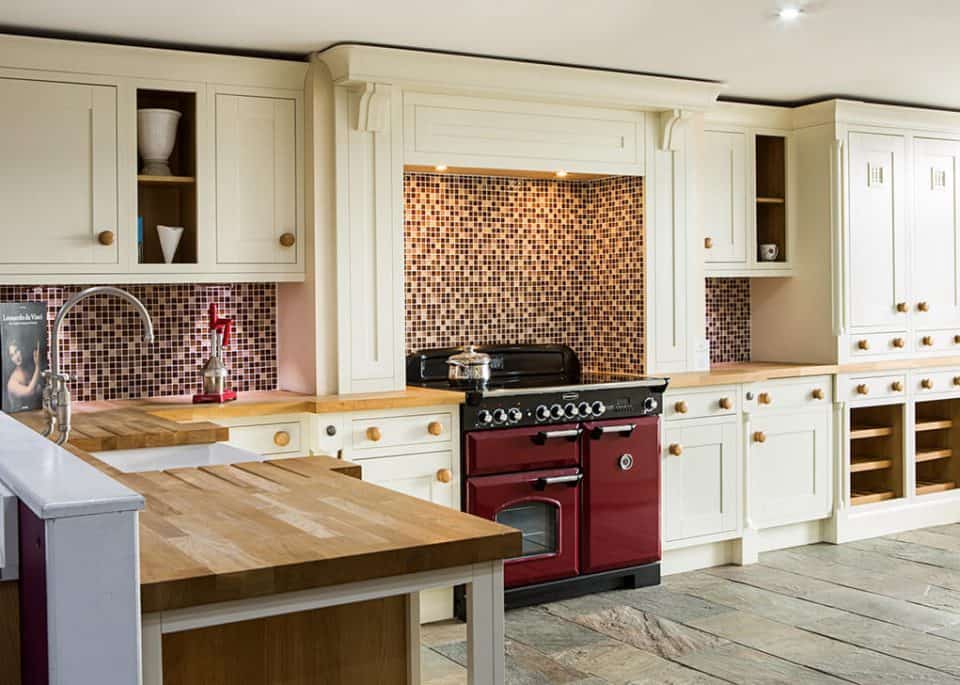 Ramsbottom Kitchens Vs high street suppliers: Why there’s only one winner 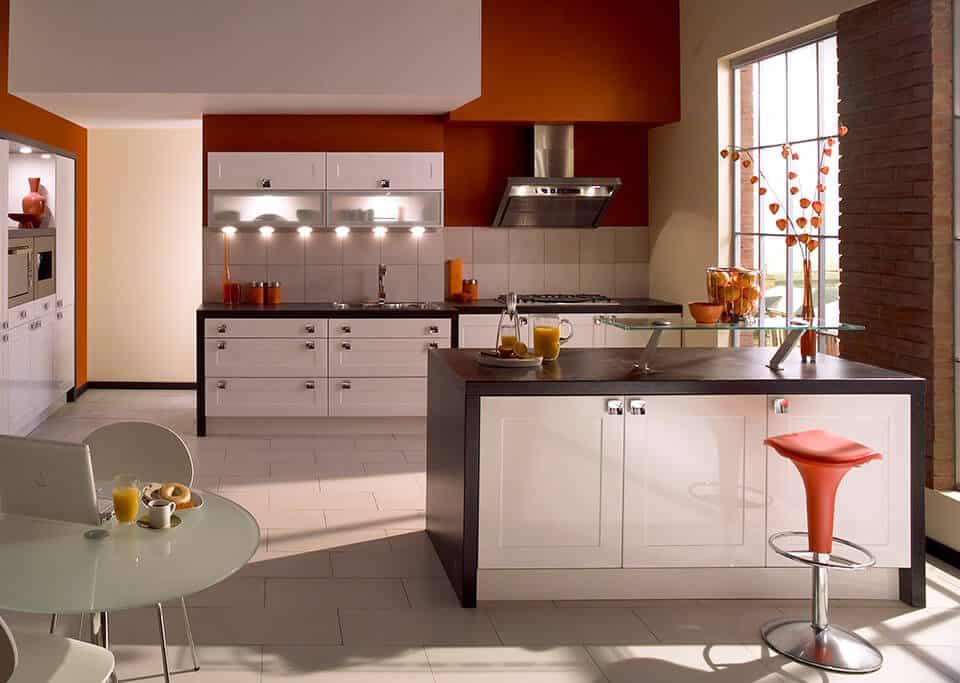 Sheraton sale now on! 40% off the Gloss White Shaker